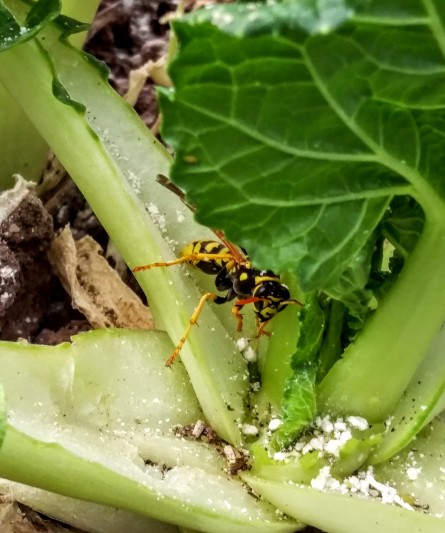 I’m not terribly interested in keeping quiet about this matter.  Sensitive yes, but I can’t get to my point without first revealing something awful; besides, I imagine this experience is something that others have seen.  This past week I was asked to participate in a mediation between myself and another staff member, an older man in his sixties.  There were conflicts, apparently, or in the words of the messenger, “there seems to be some sort of communication breakdown.”  All such news felt sudden and unexpected.  When asked if I would be willing to participate in the mediation, as it was a consensual opportunity, I felt without a choice in the matter (saying no to an employer can be like refusing to take a breathalyzer even if you haven’t drank that night).  With ambivalence, I agreed to the mediation.

With a promise to take as much time as needed, possibly up to four-hours, the mediation lasted five. We sat in a quiet room, with sunshine illuminating the invisible dust suspended in the air, overlooking all the activity down below.  I came into this meeting with a calm and welcoming attitude—I wanted listen, I want to work on myself and be given feedback.  But after the first hour, in what ultimately felt like an interrogation or a psychoanalyst intake, listening to the cautiously evading rambling explanations of a poorly-articulated intellectual blue-eyed man, I was given no real answers, no real requests, no helpful feedback or really much of a space to create compromise or repairs.  Instead, agitated by the nonsensical and indirect diction of a dominating man, my blood had boiled to a sour acidity and I refused to give a shit about coming to agreements with this guy.

By the time we finished, I still had no idea as to why this mediation was held or what was hoped as an outcome.  I became more certain of how my anger derives from, but this was something I had already been giving my attention.  If anything, it validated my distrust in our relationship and manifested tension’s ugly face.  None of my questions were answered but were elaborated in a winding and unresolved fashion.   It demonstrated that some of his behaviors are manipulative, elusive, and triggering for me and demonstrated that, in spite of the negative perception of the community, he held a strong unwillingness to adjust or work on himself.

There was something that I had noticed when I reached my peak in the discussion, when I began to berate him on the sensitivity of power dynamics—and oh yes, did I raise my voice—I saw in his eyes the eyes of a concreted child.  I saw a soul not asking for compassion or help but a soul who had been stuck and refused to keep growing.  I saw a scab sealed over a bright light. And I saw the eyes of a child in so many other men in my life, myself included—and why is that?

After I spoke, the mediator had redirected us by asking how our work will benefit towards the goal of world peace, a curious question and seemingly insignificant but I felt like I knew. The lines from Mary Oliver’s poem, “A Visitor,” flooded my head. In the poem  Mary Oliver recalls a time as a child when her father came through the doors of the house at a terribly late hour and greeted him.  She saw in his eyes this same eye of a child,

“and looked into his blank eyes

in which at last

I saw what a child must love,

had we loved in time.”

I became a teacher, I told the two, in order to encourage the voice of young people. Indirectly I do hold this hope that If an adolescent is heard, then maybe we wouldn’t have to heal so many hurt adults.
I don’t know if there’s hope in healing without reopening some wounds or without bringing more awareness to our hurt.  But this week, after this tense and awful experience, I’ve been thinking about what I’m calling into my life by discussing these matters.  At first I was bursting with excitement and shock and wanted to share with the world my outrage through gossip or whatever it may be.  I mean, I have confided in a few people (sometimes in a more outrageous tone than others) but that’s because it was necessary.  However,  I’m reminded that my spiritual practice in writing is to be receptive to suggestion and idea from the universe and bring it down here to this planet.

If I wished to write negatively then wouldn’t I be carrying down negative energy onto this planet and around all those who I interact with every day?  I don’t wish any thing on this man whether it is healing or hurt.  I don’t wish anything on him because I’m not responsible for him and cannot speak for him; I cannot begin to open him up for healing or be led to believe that he even actually needs healing—I’m caught sometimes in my own projections.

I am only here at the school for a short while; in which case, I only ask that I can keep my heart open to continue to receive some message, some hope as a space to work out of, down here to this planet.  As for those stagnant fully-grown children, I don’t yet have an answer for them.  Nor am I at a point in my life, sadly, to offer them much of my time. I should add that I don’t ever wish to be apathetic to someone’s hurting.  But until the cries for help cease to resemble the sound of yelling men, I’m not sure there is a way to know what it is they are asking, I’m not sure if there is a way to help.